Long text as actual seal: yin guan shan fu ting ni zhu shu zhi shi 仰观山附听泉傍睨竹树之石 (looking up to the Taoist temple on the mountain, listening to the spring and approaching in askance to bamboo and stone).

Authentic photo from the Russian-Japanese War in 1904-05. No reproduction.

Engraved as actual seal are 7 characters, a line from the Li Bai poem on Mount Wang Lushan: 吾將此地巢雲松 wu jiang cidi chao yun song (I desire to have my nest in the clouds on this pine tree).
Side inscription with details.
The seal was carved in 1909.

The postcard has been lithographed by the artist J. Sieber and shows a double-decker and a train over a bridge. 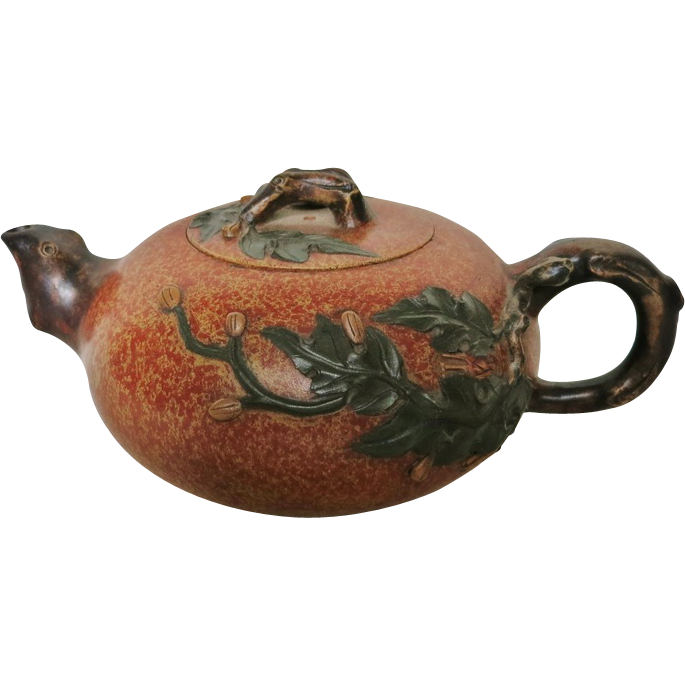 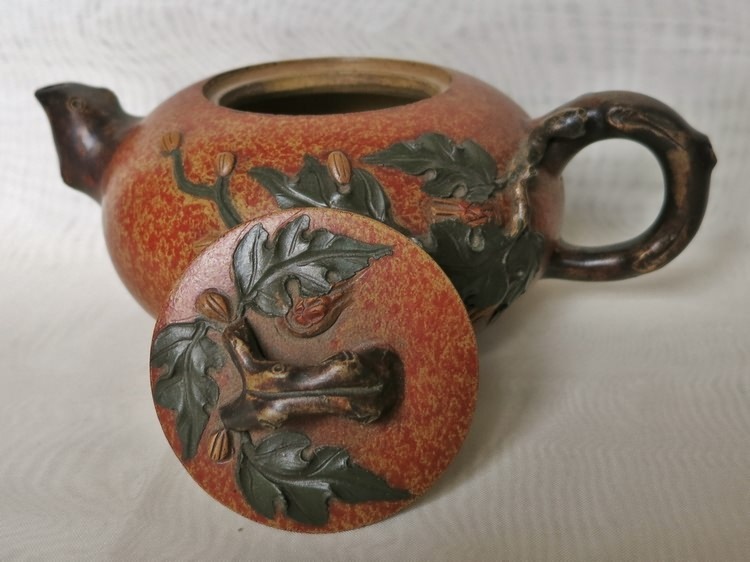 Old Chinese Yixing tea-pot, decorative with red-dotted glaze and leaves as decoration at lid and one side of the tea pot, handle in shape of a twig.

Marked inside the lid and at bottom Jiang Rong 蒋蓉.

Side engraving with date and signature.

Very well carved and the upper side with inscriptions.

The wooden cassette is newer.