Engraved a seal are 8 characters: 按頭跣足不時宜 An tou xian zu bu shiyi. (it is not appropriate to walk barefoot with a hand pressed on the head).

Feng Kanghou was a famous poet, seal carver, calligrapher and painter. His works are sought after in Hong Kong and Macau where he lived in the 1940s. 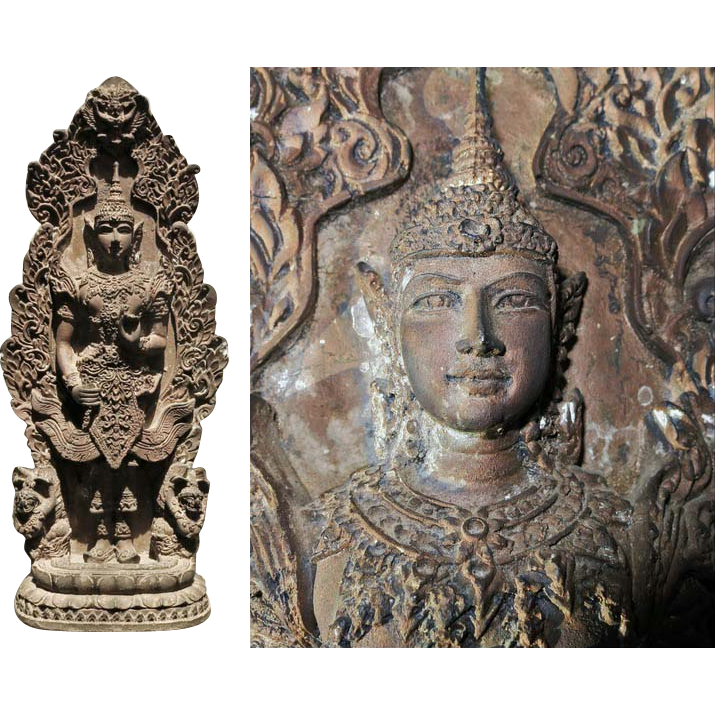 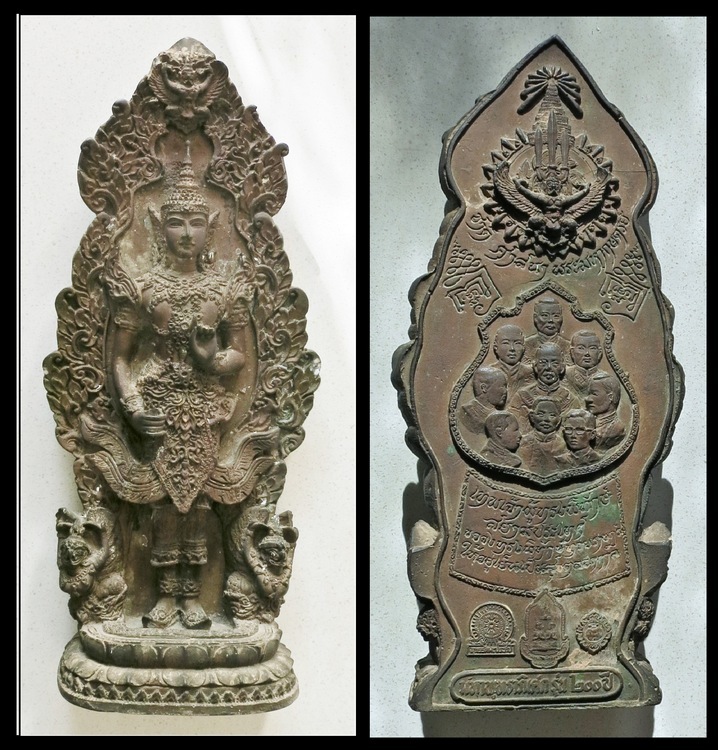 Bodhisattva or Guan Yin, sitting on a Lotus Throne, praying.
It stands 3 inches high. Very fine condition. No bone, but Ivory.
Telling from the form of the nose it could be a non Chinese carving.

End of 18-19th Century. Object with images of 3 Buddhas sitting on Lotus Thrones. It comes from a Buddhist Grotto in the North-Western part of China. 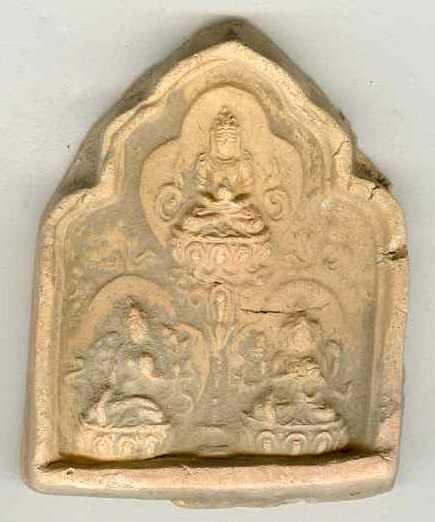 The quality is fine, though there are s few small cracks from the burning process. 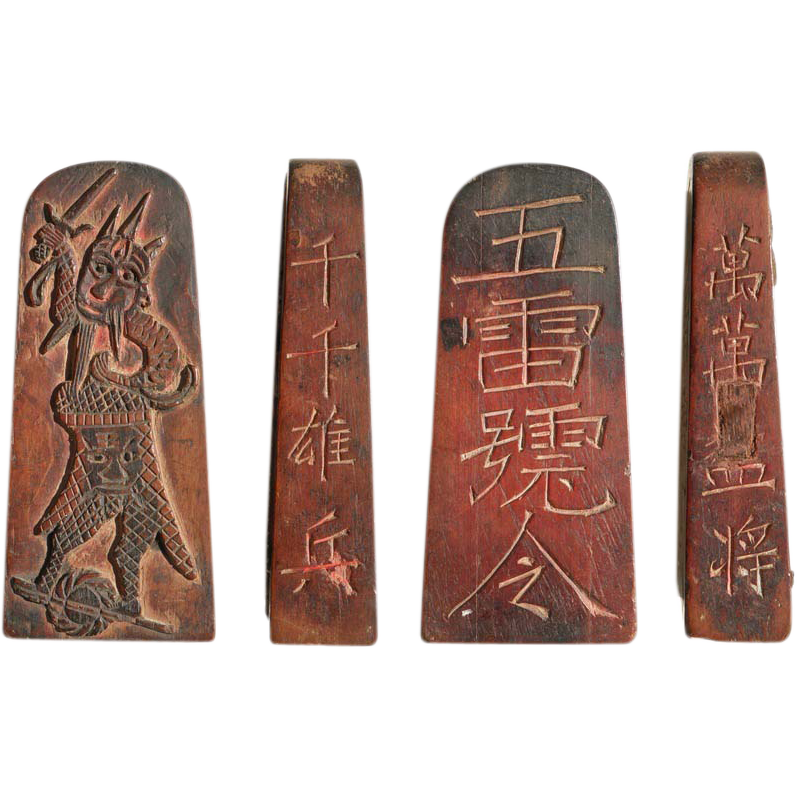 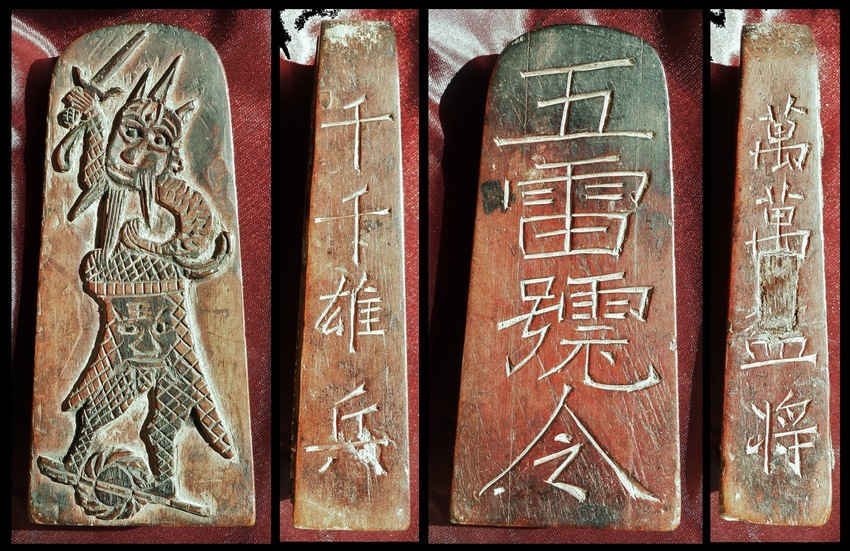 At the front side a Daoist (exorcist) with sword, standing on a fire-wheel is carved. At the reverse and side a Daoist formula is engraved – wu lei hao ling (五雷號令).

More Daoist spells at both sides of the object (千千雄兵 萬萬孟將).