Isaac Stern (1920 –2001) was a Polish-born violinist and conductor. He was renowned for his recordings and for discovering new musical talent.

Fritz Kreisler (1875 -1962) was an Jewish Austria-born violinist and composer; one of the most famous violinists of his day. He is noted for his sweet tone and expressive phrasing. Like many great violinists of his generation, he produced a characteristic sound, which was immediately recognizable as his own.

He studied at the Vienna Conservatory and in Paris, where his teachers included Anton Bruckner, Léo Delibes, Jakob Dont, Joseph Hellmesberger, Jr., Joseph Massart, and Jules Massenet. He made his United States debut at Steinway Hall in New York City on November 10, 1888.

In 1910, Kreisler gave the premiere of Edward Elgar’s Violin Concerto, a work dedicated to him. At the outbreak of World War II, he settled once again in the United States, becoming a naturalized citizen in 1943. He lived in that country for the rest of his life. He gave his last public concert in 1947 and broadcast performances for a few years after that.

Chinese vintage postcard after a cartoon by Friedrich Schiff, an Austrian Jew who lived in Shanghai during the 1930s and 40s.
In 1930 Schiff visited Shanghai and ended up living there for 14 years,until 1947 when he moved to Buenos Aires.

His amusing caricatures of the city’s inhabitants, from beggars and expats to sailors and sing-song girls became famous world wide.

The Viennese Friedrich Schiff society (oegcf. Prof. Gerd Kaminski) has a huge collection of his paintings, drawings and cartoons and set up a permanent exhibition of his works.

Fritz Gruenbaum: b/w postcard sent from Abbazia to Bruenn to his parents.

Text at front side, addressed to Wilhelm Gruenbaum, Bruenn, Linhartgasse 6.

A star was dedicated to him on the Walk of Fame of cabaret. He is buried at Vienna Central Cemetery, Old Israelite Part, Gate 1. 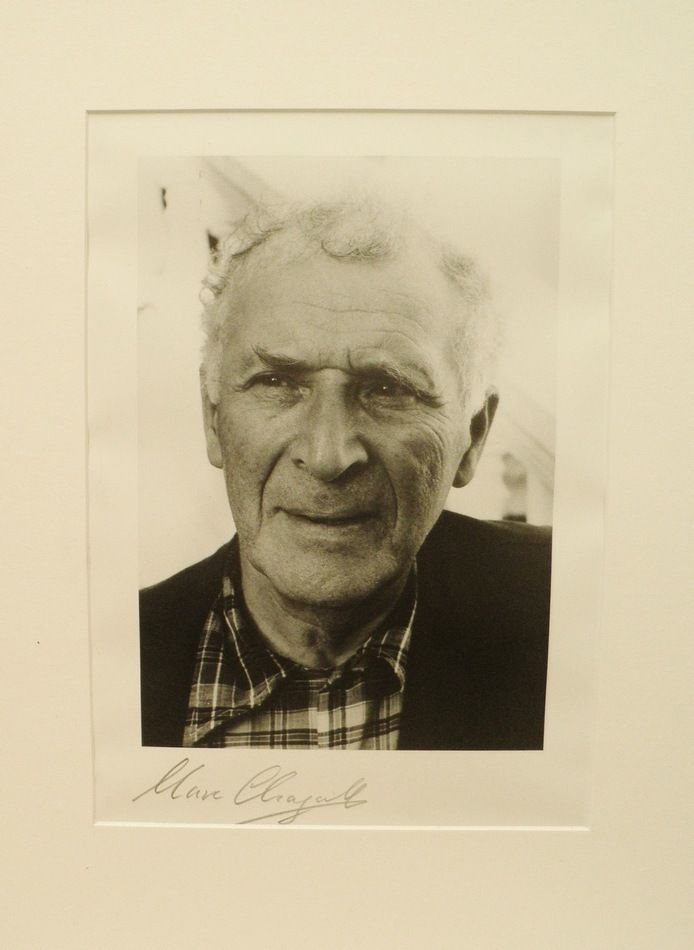 Marc Zaharovich Chagall Марк Захарович Шага́л (1887 –1985) was a Russian artist associated with several major artistic styles and one of the most successful artists of the 20th century.

Directory of Jewish Refugees form of an Austrian Jewish lady, who fled to Shanghai at the beginning of World War II.