China, Ming Dynasty: Scarce wooden ritual object for Daoists practicing exorcism. The object is hollow, closed and filled with some tiny parts so it makes a rattling sound.
Delicately carved hard-wood with Zhong Kui, the legendary ghost expeller at front side and characters with spells at reverse and both sides.

Side engraving with his literary name 朽道人 Xiu dao-ren.
The seal is extremely well carved and is surely one of the better seals by Chen Shizeng 陈师曾.

Desireable, most attractive seal. Chickenblood-stone (鸡血石) with much red at all sides. Carved by the famous seal carver Zhao Zhiqian.

Zhao Zhiqian 赵之谦 (1829–1884) was a renowned Chinese calligrapher, seal carver and painter in the late Qing Dynasty, “the leading scholar-artist of his day.”

Zhao’s seal carving had profound influence on the later masters, such as Wu Changshuo and Qi Baishi.

Archibald Alexander Leach (1904 –1986), better known by his stage name Cary Grant, was an English-American actor. With his distinctive yet not quite peaceable Mid-Atlantic accent, he was noted as perhaps the foremost exemplar of the debonair leading man: handsome, virile, charismatic and charming.

He was named the second Greatest Male Star of All Time by the American Film Institute. Grant was a favorite actor of Alfred Hitchcock, notorious for disliking actors, who said that Grant was “the only actor I ever loved in my whole life”.

Old postcard depicting “The Taotai of Kashger (!)”. ( A Taotai was an official at the head of the civil and military affairs of a circuit, which consists of two or more fu, or territorial departments- in this case Kasghar).

The postcard was published in Japan. Inscription in English, Japanese and Chinese. 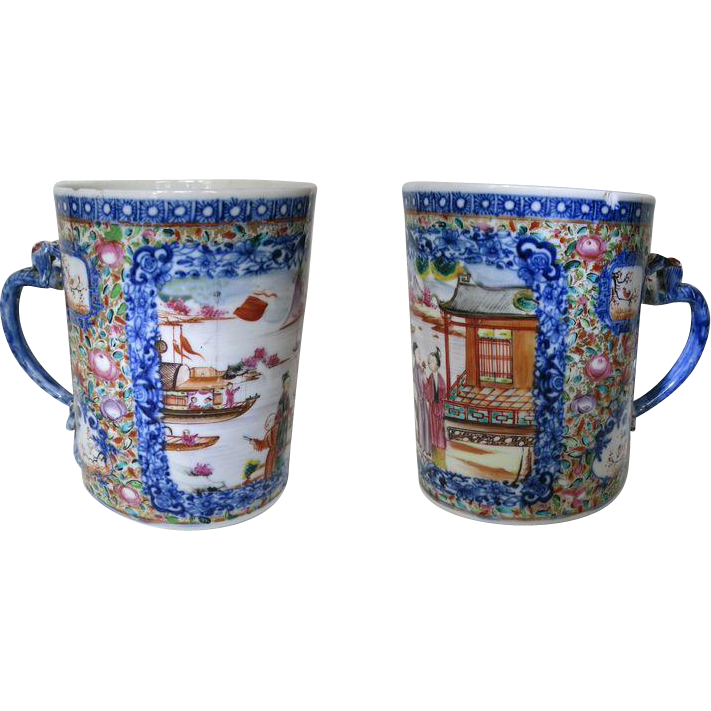 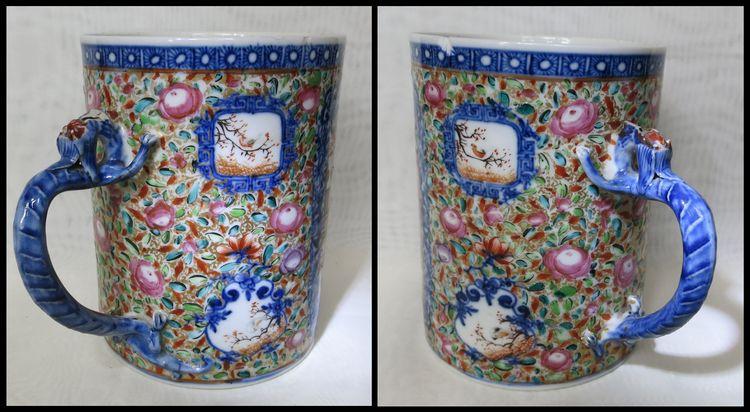 Decorative center part with mandarin, his ladies and child next a pavilion at front side and boat and landscape behind. Ornamental decor surrounding the painting. Well painted.

Small knocks at the rim and a part missing at the upper part of the handle.

Attractive snuff bottle by the important artist Wu Changan. Inside painting of a father and son (the young Emperor?) at one side, calligraphy at reverse. The snuff bottle is from the first year of Emperor Xuan Tong’s reign, 1908.

Wu Changan 乌长安 was one of the most famous snuff bottle artists of the late Qing Dynasty.