Markus Prachensky: b/w photo of the artist in front of one of his paintings; hand-signed with green pen.

Markus Prachensky (1932 -2011) was an Austrian painter and graphic artist of the Informalism.

In 1957 this group had an important exhibition at the Wiener Secession and Prachensky beacme member of the Secession. From 1983 till his retirement in 2000 he held a post as professor at the Akademie der Bildenden Kuenste Wien. Prachensky is considered as one of the most important artist of the Austrian Avantgarde and of the Informalism in Austria.

Minor aging. The autograph comes with a Certificate of Authenticity.

Gerasch was also successful as movie actor in movies like: „Spy of Madame Pompadour“ (1928). Liane Haid stars as the eponymous heroine D’Eon, who in male disguise goes to the court of Russia on behalf of Parisian courtesan Pompadour (Countess Esterhazy), to find out Czar Paul’s (Fritz Kortner) intentions. “Carnival of Crime” was another successful movie.” 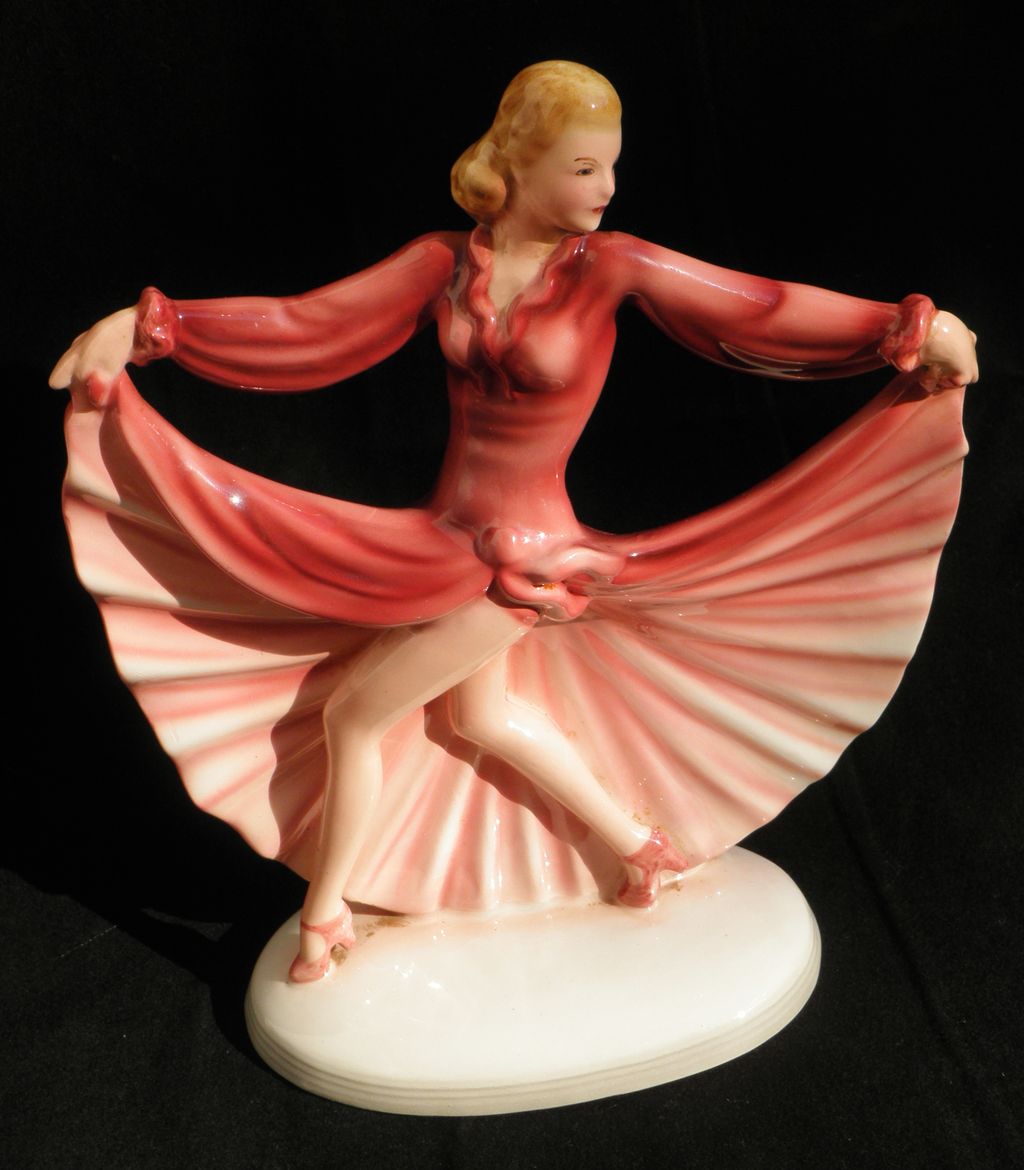 Decorative Austrian China: Keramos (Wiener Kunst-Keramik und Porzellandmanufaktur AG) dancer in red dress, done in glossy finish, the figure is marked with the Keramos shield along with the notation “WIEN” and “Made in Austria”. Limited edition, numbered 6/2118. Hall mark: WIEN Keramos made in Austria.
Very good condition and very clean.

Gottfried Helnwein, authentic, hand-signed Art-postcard after one of his water-colors: „ My Friend”, 1978.

Imperial China: Old color postcard with view at the building of the Austrian Consulate in Beijing.

Christian Ludwig Attersee and Hermann Nitsch autographs: Large color photo with a Nitsch portrait by Attersee. Bot artists standing in front of the painting. The photo has been signed by both of them.

His work is denoted by a figural-to-symbolic style transition, bright colors and an energetic ductus. Moreover, there are ambiguous, artsy connotations and imaginations of a likewise free-spirit and very Austrian mentality with a bias towards sexual malapropism.
Hermann Nitsch is an Austrian artist who works in experimental and multimedia modes. Nitsch’s abstract splatter paintings, like his performance pieces, address the excessive beauty and intensification of human existence.