Ingrid Bergman (1915 –1982) was a Swedish actress who starred in a variety of European and American films. She won three Academy Awards, two Emmy Awards, four Golden Globe Awards and the Tony Award for Best Actress. 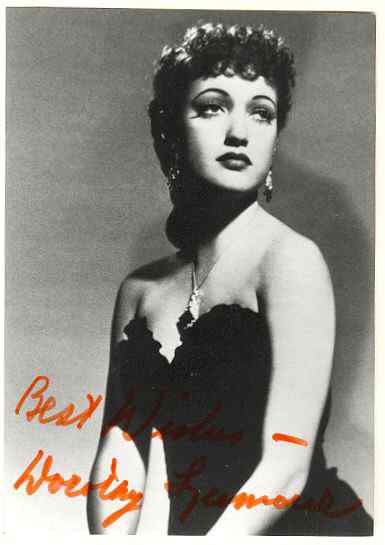 Katharine Houghton Hepburn (1907 –2003) was an American actress of film, stage, and television. After a few early film successes, including her first Academy Award, for Morning Glory, Hepburn endured a string of flops, which led to her being voted “box office poison”.

Throughout her six-decade career, Hepburn co-starred with screen legends including Cary Grant (Bringing Up Baby, Holiday, The Philadelphia Story), Humphrey Bogart (The African Queen), John Wayne (Rooster Cogburn), Laurence Olivier (Love Among the Ruins) and Henry Fonda (On Golden Pond). Her most successful pairing was with Spencer Tracy, with whom she made a string of hit pictures, starting with 1942’s Woman of the Year. The last of their nine films together was Guess Who’s Coming to Dinner (1967), which was completed shortly before Tracy’s death.

Hepburn holds the record for the most Best Actress Oscar wins with four out of 12 nominations. She won an Emmy Award in 1976 for her lead role in Love Among the Ruins, and was nominated for four other Emmys, two Tony Awards and eight Golden Globes. In 1999, she was ranked by the American Film Institute as the greatest female star in the history of American cinema.

Shirley Temple Black Autograph on card, signed with black pen „ Shirley Temple Black, 1990 „. At the left is a small photo of the young Shirley with a basket. In 1933, Shirley starred in an imitation Our Gang series called the Baby Burlesks, performing astonishingly accurate impressions of Greta Garbo and Marlene Dietrich.

After a handful of minor roles she created a sensation by stopping the show with her rendition of “Baby Take a Bow “ in Fox’s Stand Up and Cheer. She was promptly promoted to her own starring features, literally saving Fox (and its successor 20th Century Fox) from receivership, and earned a special Oscar in 1934 “ in grateful recognition to her outstanding contribution to screen entertainment.”

His most famous role was that of The Tramp, which he first played in the Keystone comedy Kid Auto Races at Venice in 1914.

One of the world’s most popular film stars from the 1940s to the 1960s, Peck continued to play major film roles until the late 1970s.

Anna May Wong (1905–1961) was the first Chinese American movie star, and the first Asian American actress to gain international recognition. Her long and varied career spanned both silent and sound film, television, stage, and radio.