China, Qing Dynasty: Gilded wood carving with a rider (immortal) on a mythical creature, a Qilin, holding a big piece of gold.

Hand carved wood that has been gilded over red lacquer. Detailed work, strong facial expression of the rider.

The gilding is partly worn out but intact on the larger part of the figure.

The content in the body oft he Buddha is still existent, the base-plate is uneven.
The Object comes from the important Dr. Walter Heihs collection.

Buddha Akshobhya, “the Unshakable”, is the Buddha touching the Earth with his right hand, while his left hand is resting in his lap to accept alms.

This position is known as the Bhumisparsha Mudra.

Height: 8,5 cm. Horizontal line as part of the stone, not going through the whole stone. 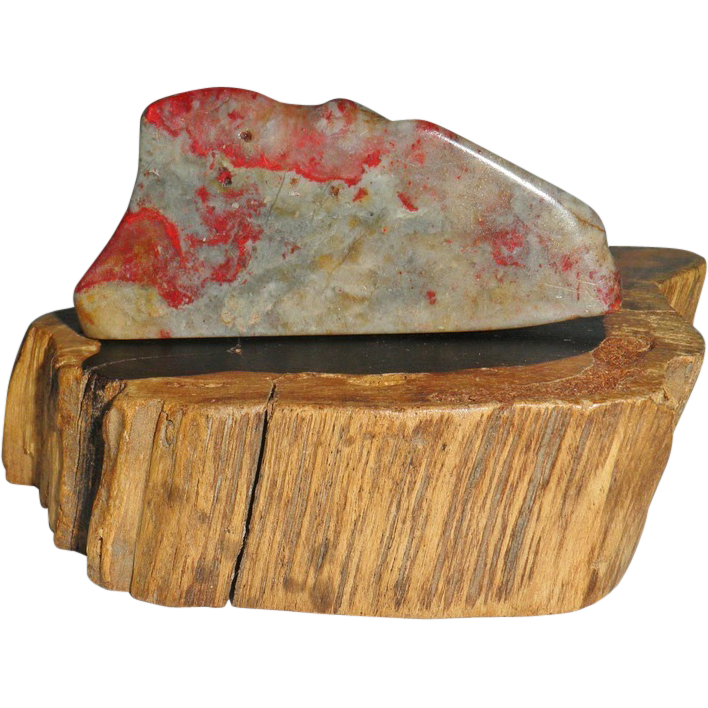 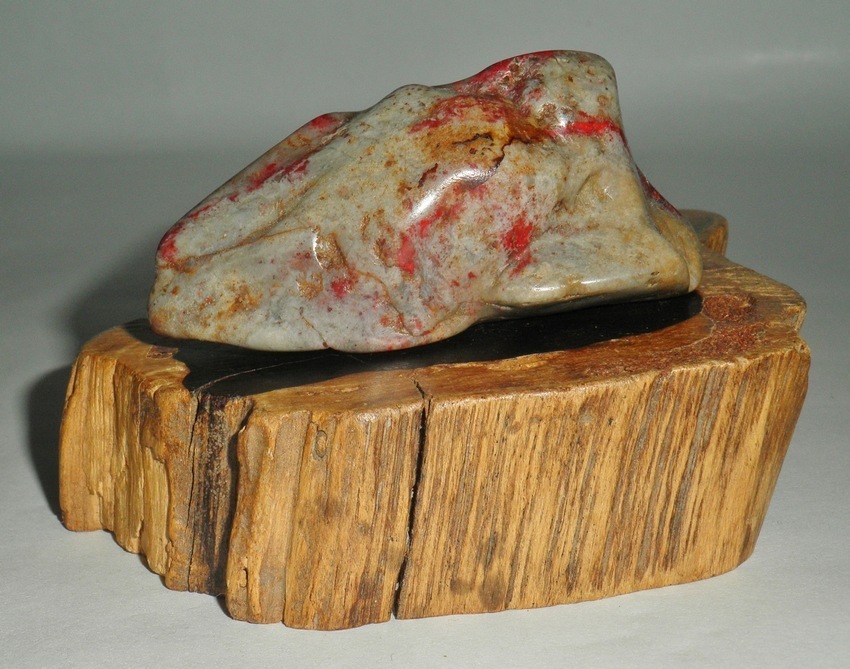 Peoples Republic of China: Authentic porcelain figure of Chairman Mao from the Cultural Revolution period. Glazed porcelain. It shows Mao Zedong in his typical dress, holding a hat and standing on a platform, decorated with pine tree.

We guarantee the authenticity of the object.

The statue stands 22,5 cm (8 inches) high and is without damage. Darker spots at the surface can be cleaned easily cleaned. ” 抬 196 ” – is engraved at the bottom.

Please consider that the shipping costs are already included in our prices.

Attractive Chinese Sculpture of a Tiger on a Stand. Huangmu-Wood.

China: Attractive wooden figurine, a tiger on a larger piece of wood, all carved from one piece of Huang-Mu wood. The use of the object was to weight paper for calligraphers and painters.

7,2 x 2,2 x 2,5 inches. Very fine condition. The object is most probably fort he Republic-period, eventually later. But sure it is no newer one.

2 very attractive, delicately carved wooden panels, later framed and fixed at the reverse side to make it one piece. Also the hanging is newer.

The 2 panels are from the 18th ( may 19th ) century and attract by their high skilled craftsmanship. 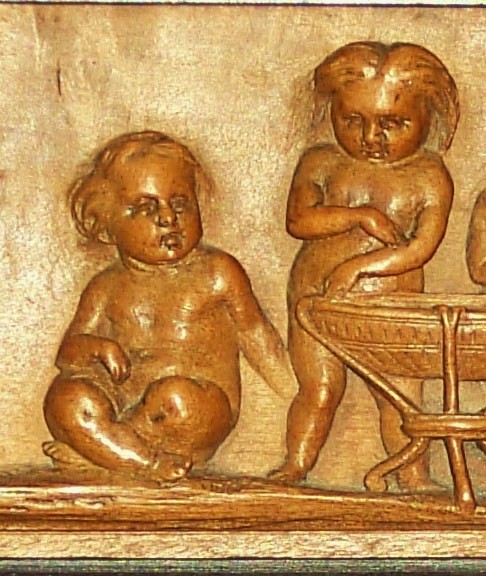 The depict 2 scenes with little children. The upper scene is probably a scene of sacrifice with a altar at the centre and a little sheep at the right. The lower one is a harvest scene. While each detail is delicately carved the overall flair has much of the gesture of a painting.

There are no fault, no cracks or defects. The wood has a warm flair.

The object is 7,6 x 5,9 inches. It can be hung right away and sure attracts the attention of anyone looking at it.

The sculpture is in very fine condition with no faults. 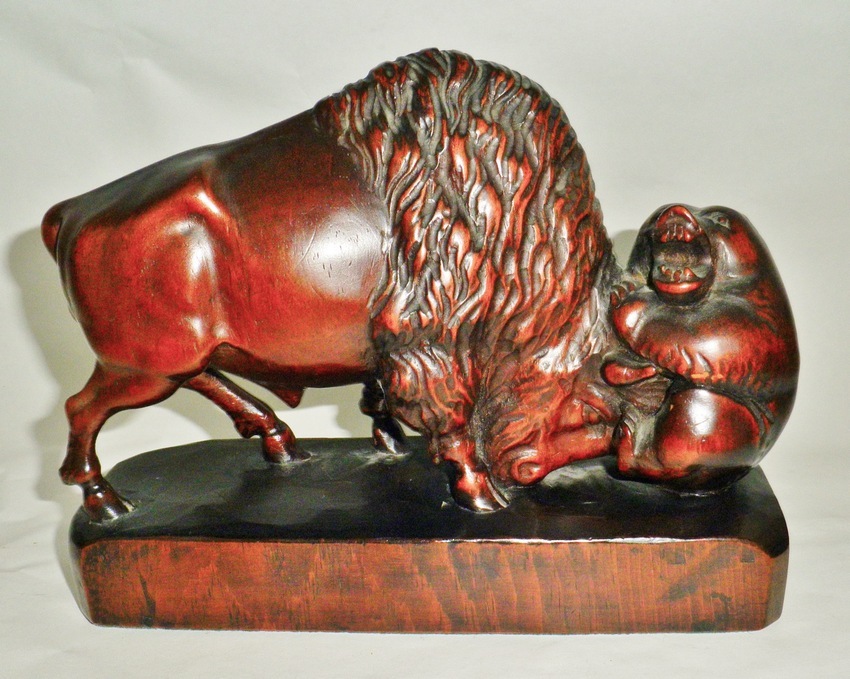 Marie-Louise Sarre lived in Berlin before World War II. Her friends called her “Puppi,” meaning “small doll” in German. She didn’t have much of a doll when she became active in the German resistance against Hitler. In the summer of 1944 she was involved in a scheme to secure the support of none other than Heinrich Himmler in a plan to assassinate Hitler.

After the failed coup attempt of July 20, 1944, she and many others were arrested and imprisoned by the Gestapo. She managed to escape and fled to Ascona, Switzerland, where she lived until her death at age 95, in 1999.

Her father was Friedrich Sarre, the first director of the Department of Islamic Art at the Kaiser Friedrich Museum (today’s Bode Museum) in Berlin. Her maternal grandfather was Carl Humann, the discoverer and excavator of the Pergamum Altar in Turkey in the 1880s.

Her father also was member of The Solf Circle (German: Solf-Kreis) which was an informal gathering of German intellectuals involved in the resistance against Nazi Germany. Most members were arrested and executed after attending a tea party held near Heidelberg on September 10, 1943, at the residence of Elisabeth von Thadden. The group’s downfall also ultimately led to the demise of the Abwehr in February 1944.